The winter term of the biggest event for the company HP Inc. always gets us after Christmas and New Year's celebrations into a maximum work mood.

First in order was the Czech galla. One of the most important things for handing the awards over to the best partners, is choosing an appropriate place. The Palace Žofín set a high bar, so we decided to bet it all on on the newly reconstructed National museum. The giant historical space gave the event a feel of exclusivity.

The host of the evening was the holder of multiple TýTý awards, the face of TV Nova and one of the most favorite hosts of the Czech Republic Lucie Borhyová.

Lucie was accompanied on the stage multiple times by the highest leaders of the company HP Inc. The CEO od the Czech and Slovak representation of HP Inc. Erika Lindauerová together with the Channel Manager Pavel Machovský thanked for the cooperation all of the partners and awarded immediately 12 of the winners for each of the categories. The evening was not joined just by partners, but the invited customers of HP aswell.

The star cast was also a part of the complimentary programme. Ambassador of HP Tatana Gregor Brzobohata was not misisng, the musical performance was provided by Ondřej Gregor Brzobohaty and Marta Jandova accompanied by the saxophone player Matouš Kobylka. All that combined with the unseen gastronomy of the wonderful White Circus.

The Slovakian HP Partner of the year was carried in a breath of noblesness aswell. Mlynica proved to be an interesting place, an industrial space of a former factory on the edge of Bratislava, which got turned into a complex fitting for organizing various types of events. We are glad that it found use even for the prestigious handing of the awards to the partners of the year.

The evening in Mlynica was hosted by the favorite Slovakian host Michal Szabo and the musical performance was taken care of by the multiple award winning Slovakian singer of the year Adam Ďurica. 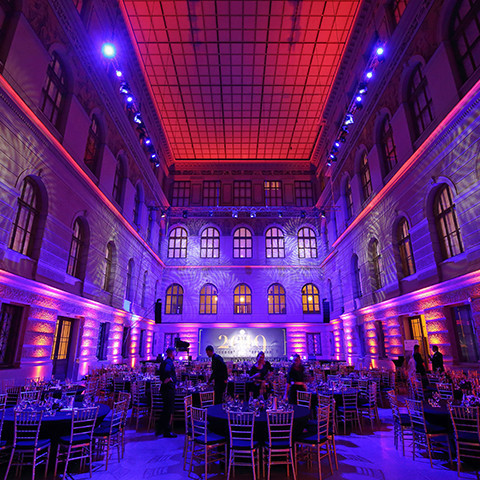